I wrote a keyboard remapper for wayland 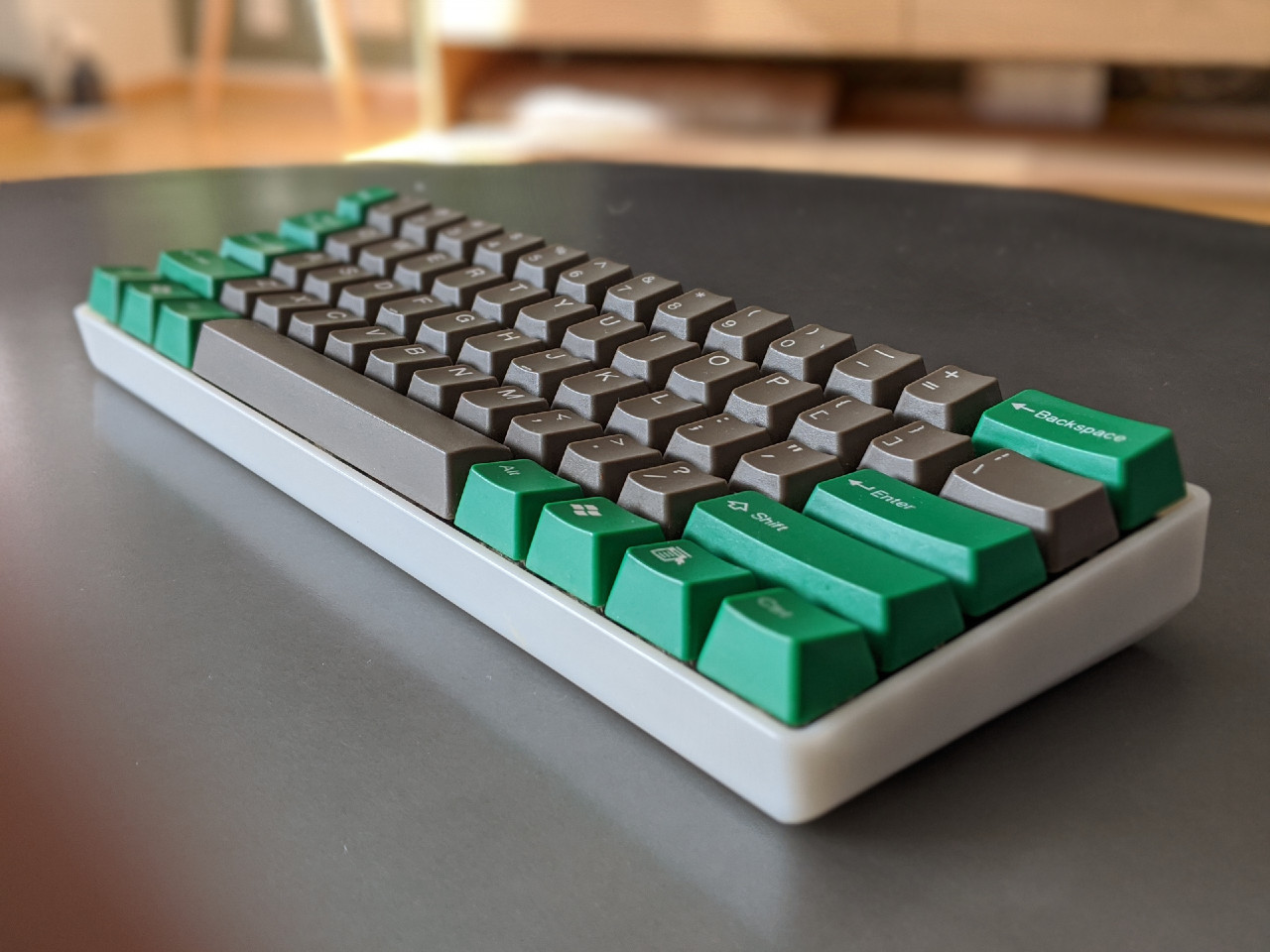 Recently I bought a new laptop with the intention of running Linux with Sway as my WM. This is the setup I run on my workstation where I have a 60% keyboard on which I use caps lock as a function key for a second layer.

Because muscle memory is a thing I have been using Karabiner Elements to remap the keyboard on my work macbook pro but I could not find a suitable alternative for Linux when using a Wayland compositor.

Why this is difficult on Wayland

In the old X11 system any application could read the keyboard input from the X server (I do not have enough knowledge about X11 to claim this fact but that’s how I understand it). This makes it easier to write keyboard remappers for it, as well as more neferious things like key loggers.

However, with the design on Wayland it was decided that for security’s sake only the active window should be able to read the incoming keyboard events. This is to protect against key loggers but makes it difficult to write a keyboard remapper at the compositor level until some protocol has been developed for it.

Let’s move up the chain

It is however possible to take the Display server/Compositor out of the equation entirely. If you inspect the directory /dev/input you will find a bunch of files called eventX (X being some number). These are your input devices and they can be read to get all events from them. Traditionally, distros make these files owned by the input group, so if your user is a part of that group you can read and write to those devices. You can even claim a device so that you get exclusive access to it, that is to say only you will get the events and unless you do something with those events the keyboard will appear to not work until it is released again.

So that’s reading from the keyboard taken care of, what about sending those events back into the system? That’s where uinput comes in.

uinput is a kernel module that makes it possible to emulate input devices from userspace. By writing to /dev/uinput (or /dev/input/uinput) device, a process can create a virtual input device with specific capabilities. Once this virtual device is created, the process can send events through it, that will be delivered to userspace and in-kernel consumers.

To simplify, it is used to create virtual input devices that you can programmatically send events to so that it seems to the system that a real input device is being used. The module uinput has to be loaded and a udev rule can be written so that it can be used by a user (by default the file is owned by root with permissions 600).

What all this means is that a software can be written that claims an input device, reads the events, manipulates them in some way (remap) and writes them to a virtual keyboard. This is the approach used by the keyboard rebinding daemon Hawck which I did consider using but due to its complexity and bigger scope than I needed (it supports writing macros in lua) I decided against it. The complexity of the software especially makes it difficult to audit the software which in this case I think is very important as this is a prime location to write in a key logger, remember this software by design has to be able to read every single event your keyboard emits.

So naturally I wrote my own.

With the help of a couple of libraries (they had to be audited as well) it was really not a difficult task to support a two key combination remapping. It ended up being less than 500 lines of go code, not including the go modules I used to read the keyboard events and write to uinput, so it should be trivial to audit. It does not and will not support more complicated macros like Hawck.

All it needs is a YAML config file similar to the following:

Each rebinding prioritizes with_modifiers highest in the order of the list it is given, then it checks for if unbind is true and finally goes with whatever is in to. It goes with the first match it encounters and then moves on to the next rebinding. In with_modifiers it is possible to set to to SKIP to stop looking for matches and move on to the next rebinding and EXIT to make waybind exit.

I use SKIP in my rebinding for grave, I want grave to rebind to escape when it is pressed on its own, keep being grave when pressed with caps lock (but only grave, caps lock is removed) and when pressed with shift to remain shift + grave. This is to mimic Grave Escape in QMK that’s running on my 60% keyboard.

I wrote the EXIT feature as a safeguard due to my lack of confidence in my ability to write correct code. If waybind starts to act funky I can press the key combination and make waybind exit, systemd will handle restarting it if configured with Restart=always.

All available key codes can be found here.

But feel free to inspect the code.

Here’s how I run it:

I have packaged waybind for Nix in my local repository here and made a module to set up the aformentioned setup here.

I hope this is useful to someone else.